We appreciate you staying with us during this time. If you have any questions, concerns or need assistance, please feel free to contact us directly at:

We currently offer in-room dining 24 hours a day. To place and order please find Extension on the menu.

Kindly scan the QR code located on the mini fridge in your room for menu and pricing.

As our Proper guest, enjoy a range of exclusive amenities and services, including:

Our Fitness Center is open 24 hours a day, located on the Lower Level accessible through elevator at “B” level or via the staircase located next to the Front Desk.

In partnership with Frontier Limo SF, we offer a complimentary house car service. Our hotel car service is available daily, 9 am – 7 pm at the front desk on a first come first served basis, from the hotel within a 3-mile radius. You may be sharing the car with other guests.

Please select “Proper Hotel”under available networks to connect to our Wi-Fi. Once the webpage opens, follow prompts to input your information.

All rooms are equipped with air conditioning and heating. The thermostat on the wall in your room can easily be adjusted to suit your personal comfort — simply touch the on/off button to operate and wait for the touchpad to illuminate. You may choose heating or cooling by pressing the mode button and adjust to desired temperature by using the arrow buttons.

Our crisp HDTVs are equipped with Google Chromecast, with 2000+ apps available to access with your credentials. Follow the instructions on the TV screen to learn how to get connected. Connect to “Proper Hotel” wi-fi network on your device, press menu on the remote, toggle over to Google Chromecast, proceed to getstreaming.tv on your device and enter 9-digit code displayed on TV. Once connected, tap Cast Icon to stream on guest room TV.

Our Bluetooth speakers by Vifa connect easily to your mobile device and deliver amazing sound in a stylish package.

1. To turn on, press and hold the mode button until the status indicator turns solid white.

2. To pair, press and hold the mode button until the status indicator flashes blue.

3. Enable Bluetooth pairing on your device and select Vifa BTxxxxxx as your Bluetooth device.

Use the telephone in your room to make local calls (free), long distance within the USA ($1.49/min), or long distance around the world ($3.50-$5.00/min). Dialing instructions are below:

Welcome to Proper living. We offer a range of original experiences and activities curated for a true local feel. Check our calendar for our latest offerings:

Walk up to Twin Peaks: In “normal” times, most people drive up to the Twin Peaks, the second highest point in SF (922’), but the one with the best views by far. If they want to get the really good 360 degree views, they have to hike a short trail to the north or south peak overlooks, but basically the heavy lifting is done for them. Unfortunately, there’s not a great way for pedestrians to ascend that doesn’t feel a little dangerous since it involves walking next to traffic. However, the winding road up to this scenic overlook is currently closed to all cars, which makes it the perfect time to do this urban hike, get your heart rate up, and take in this city in all of its glory.

Walk, run, or bike down John F. Kennedy Drive in Golden Gate Park: It took a while, but finally at the end of April, London Breed closed a large portion of John F. Kennedy Drive in Golden Gate Park to vehicles. Frankly, we think this should be how it is all of the time, regardless of if we are supposed to stay six feet apart from each other, but for now it does make socially distancing much easier. Live closer to McLaren Park? Shelly Drive is closed there.

Hike Lands End: The Lands End Trail “hike” — it’s very mellow, so it’s more of a walk — is the perfect SF activity for three reasons: 1) It’s an easy way to appreciate how beautiful this place is thanks to views of the Golden Gate Bridge, Marin Headlands, and coastal terrain; 2) There are tons of only-in-SF hidden treasures, like the rock labyrinth, Mile Rock Lighthouse, and abandoned Octagon House; and 3) It’s an urban hike, which means you get to bask in SF’s natural beauty and get in a “workout” at the same time. While you’re there, check out Sutro Baths, the ruins of an enormous ocean-filled swimming facility destroyed by a fire in 1966 and the USS San Francisco Memorial.

Take a walk to Fort Point: Head to Crissy Field and walk along the promenade by the water until you get to this fort built for the Civil War that overlooks the Golden Gate. It’s a great place to take pics of the bridge, watch surfers narrowly miss jagged rocks and, though you can’t go inside right now, take in a little piece of history while you’re at it. Don’t forget to high-five or high-10 Hoppers Hands when you get there (just make sure you use hand sanitizer before and after). You’ll probably have earned it even more than usual since most of the parking lots in the area are closed, which means it’s much easier to arrive on foot.

Hang out in Dolores Park: While the cynical side of us may have some issues (13 to be exact) with Dolores Park, there’s no denying that this park is beloved for a reason. Abundant sunshine (yes, in San Francisco), fantastic people watching, gorgeous city views, towering palm trees, off-leash areas for dogs to play — and though alcohol technically isn’t allowed, all of those things add up to make it the perfect place to enjoy that aforementioned burrito and a cold beer or three from Woods Cervecería (some rules, like no alcohol in the park) are just meant to be — and are almost always — overlooked.

Walk across the Golden Gate Bridge: This is one of those touristy things to do that’s totally worth it because, well, it’s the Golden Gate Bridge — the most photographed bridge in the world and one that was both the longest and tallest suspension bridge in the world when it opened in 1937. What better time to see it than when there’s about a third of the usual traffic? Once you’re on the other side, walk down to Sausalito and get some takeout pizza from Bar Bocce to enjoy by the water before taking the ferry back to SF.

Hike to two of the four Andy Goldsworthy installations in the Presidio: Artist Andy Goldsworthy is known for creating sculptures that use natural materials and capture the essence of the place where they were made. The Presidio has four of his installations, the most of any place in North America, and though you can’t see them all right now (two of them are inside buildings near the Main Post that are temporarily closed), you can see Spire, made with 37 Monterey cypress trunks that tower 100 feet into the sky and Wood Line, a literal winding wood line made with eucalyptus branches that will one day return to the earth, which are only a short one mile walk apart from each other.

We’re conscious of the recent rise in unhoused individuals across the country, and our neighborhood in San Francisco is no exception.

We are working closely to do our part to support and transform our community alongside the Mayor, the San Francisco Hotel Council, and community ambassador programs like Urban Alchemy. We’ve already begun to see substantial improvements and are confident that through working together we can be part of a positive change in the neighborhood we’re proud to call home. Please don’t hesitate to reach out to learn about the nonprofits we are supporting through our ongoing Proper Giving initiatives.

We’d be delighted to guide you on ways to navigate San Francisco, and rest assured that your safety and wellbeing are our highest priorities.

While you’re here, we’ve put together a curated guide spotlighting some of our favorite local spots. We’re also always happy to offer additional suggestions at the front desk.

Tune in for a highlights reel of what we’re listening to, cooking, reading, supporting, and loving right now.

Our freshly designed events spaces are aesthetically minded to fit creative-casual and black-tie moods alike, from executive breakfasts in Rudium Hall II to rooftop rehearsal dinners overlooking the city. Our seasoned planners offer clients a refined approach to service with personalized menus for business meetings, conferences and summits, lectures and roundtables, galas, weddings, winery launches, even junkets and fashion presentations. Though situated in the heart of Mid-Market district, during breakout periods and downtime, guests will also find intriguing atmospheres on property to explore.

Please contact our Sales team at sfp.sales@properhotel.com for more information.

San Francisco Proper does not have a formal business center, but can provide various executive services including:

Check in time is after 3:00 pm and check out time is 12:00 pm. Arriving early or need that extra hour of sleep? We’ll do our very best to accommodate you (based on availability) – just let us know in advance. If we can’t, we’ll gladly stow your luggage safely and securely, until you’re ready to move on. Late check out fees may apply. If you check out or leave before your scheduled departure date, there is a fee of one night’s stay plus tax.

San Francisco Proper is a non-smoking hotel. Therefore, smoking is not allowed in any public area, food and beverage outlet or guest rooms. A smoking cleaning fee of $400 will be assessed in the event smoking does occur in the guest rooms.

We love your furry friends and they are definitely welcome at San Francisco Proper Hotel. With every pet stay, Proper will help a pet in need. 10% of your pet fee gets donated to the Best Friends Animal Society.

Please note: Pets cannot be left unattended in our guestrooms and suites and are not allowed at any Food & Beverage outlet with exception to service animals.

Damages caused by pets will be assessed separately and are the sole responsibility of the pet owner.

Guests must cancel by 3pm, 72 hours prior to arrival to avoid a penalty of one night’s room and tax.

All suites must cancel by 3pm, 7 days prior to arrival and require a 1-night deposit.

Please note on the cancellation policies listed above:

Room rates are subject to the following nightly fees:

If you are dining indoors with us or plan on using our Fitness Center, a proof of vaccination will be required per the new city mandate.

Masks are also required for all individuals indoors.

Hours
A Front Desk Agent is available 24 hours a day

We are currently offering valet parking.

Please use 45 McAlister Street for our Valet entrance

Overnight hotel guests – $70 per night + tax, per vehicle. Includes in and out privileges.

Complimentary cribs can be provided by request.

Rollaways are available for $50/night (only available in Suites) (maximum 1 per room).

Our teams have implemented new precautionary and sanitization standards — developed with the guidance and information provided by both local health authorities and government requirements.

Due to our elevated health and safety precautions, we’ve been verified by Forbes Travel Guide and earned our badge by completing – and maintaining – verification on more than 360 global health security standards. 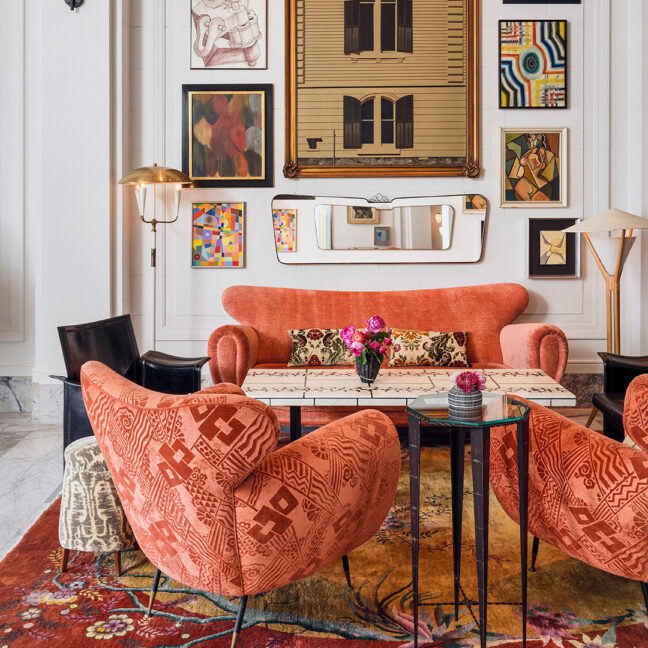 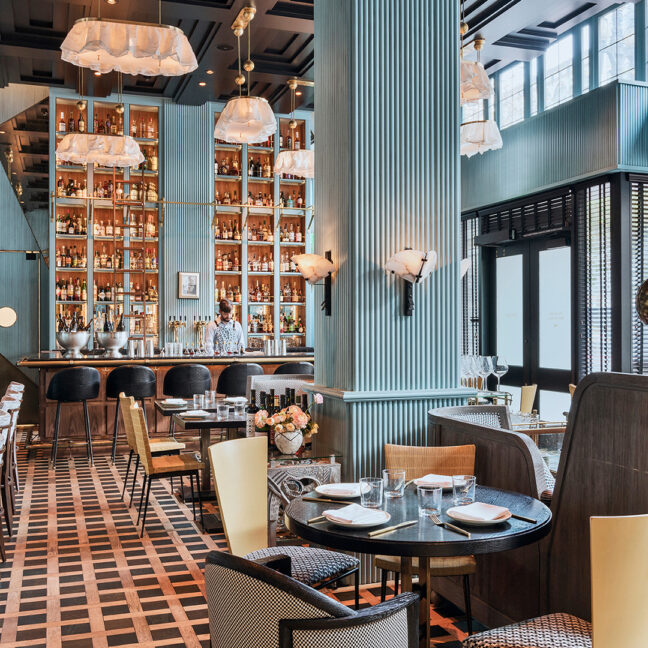 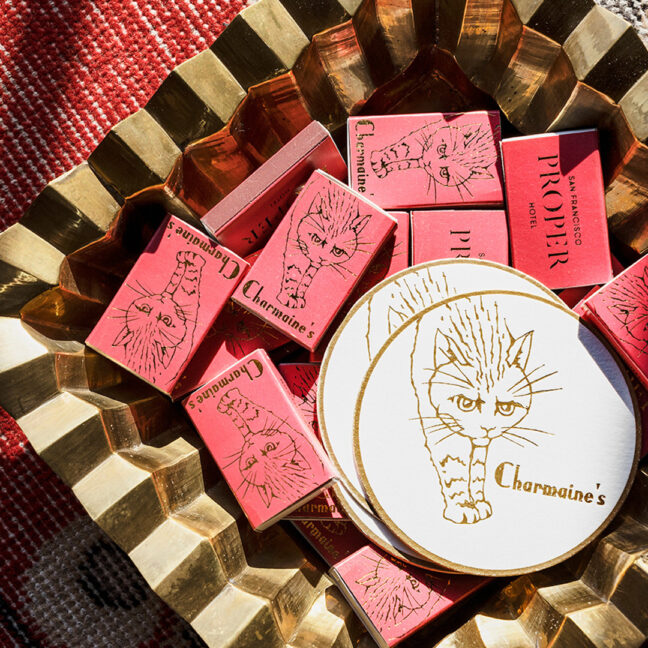 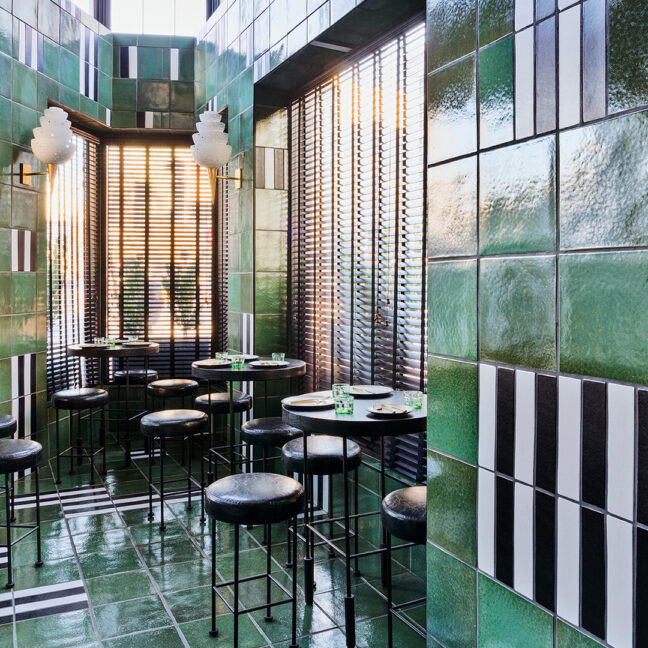