Guests must cancel by 3pm, 72 hours prior to arrival to avoid a penalty of one night’s room and tax.

All suites must cancel by 3pm, 7 days prior to arrival and require a 1-night deposit.

Please note on the cancellation policies listed above:

Reservations must be guaranteed by a major credit card when you book. Blackout dates are subject to their own rules. For security purposes, please provide a valid government or state-issued photo ID at check-in. To cover incidentals, $200/day will be authorized on your credit card.

Check in time is after 3:00 pm and check out time is 12:00 pm. Arriving early or need that extra hour of sleep? We’ll do our very best to accommodate you (based on availability) – just let us know in advance. If we can’t, we’ll gladly stow your luggage safely and securely, until you’re ready to move on. Late check out fees may apply.

If you check out or leave before your scheduled departure date, there is a fee of one night’s stay plus tax.

Room rates are subject to the following nightly fees:

6.25% fee to help offset the costs of San Francisco ordinances.

Guest Amenity fee of $36 (plus tax) which includes:

We love your furry friends and they are definitely welcome at San Francisco Proper Hotel. Plus with every pet stay, Proper will help a pet in need. 10% of your pet fee gets donated to the Best Friends Animal Society.

San Francisco Proper is a non-smoking hotel. Therefore, smoking is not allowed in any public area, food and beverage outlet or guest rooms. A smoking cleaning fee of $400 will be assessed in the event smoking does occur in the guest rooms.

We are currently offering valet parking.

Overnight hotel guests
$70 per night + tax, per vehicle. Includes in and out privileges.

We love our spaces just as much as you do — and we’re so happy you’re excited to photograph and share! With that in mind, we ask you please respect our highly-designed spaces and the privacy of our hotel guests and visitors while taking any images. Our goal is to create a one-of-a-kind Proper experience for all!

Complimentary cribs can be provided by request.

Rollaways are available for $50/night (only available in suites) (maximum 1 per room).

Connecting rooms can be provided upon request (subject to availability).

We do not have a formal business center but can provide various executive services including:

BART
The Bay Area Rapid Transport is easy, quick and economical. Better yet, we are directly across 7th street from one of the entrances to the Civic Center station where all lines pass through, making it a great transportation choice to traverse the city or to travel throughout many parts of the greater Bay Area. To find the Civic Center Station, walk out the Market street entrance of the hotel and make a right towards 7th street. You will find the Bart station entrance immediately on the other side of 7th Street.

Walk up to Twin Peaks: In “normal” times, most people drive up to the Twin Peaks, the second highest point in SF (922’), but the one with the best views by far. If they want to get the really good 360 degree views, they have to hike a short trail to the north or south peak overlooks, but basically the heavy lifting is done for them. Unfortunately, there’s not a great way for pedestrians to ascend that doesn’t feel a little dangerous since it involves walking next to traffic. However, the winding road up to this scenic overlook is currently closed to all cars, which makes it the perfect time to do this urban hike, get your heart rate up, and take in this city in all of its glory.

Walk, run, or bike down John F. Kennedy Drive in Golden Gate Park: It took a while, but finally at the end of April, London Breed closed a large portion of John F. Kennedy Drive in Golden Gate Park to vehicles. Frankly, we think this should be how it is all of the time, regardless of if we are supposed to stay six feet apart from each other, but for now it does make socially distancing much easier. Live closer to McLaren Park? Shelly Drive is closed there.

Hike Lands End: The Lands End Trail “hike” — it’s very mellow, so it’s more of a walk — is the perfect SF activity for three reasons: 1) It’s an easy way to appreciate how beautiful this place is thanks to views of the Golden Gate Bridge, Marin Headlands, and coastal terrain; 2) There are tons of only-in-SF hidden treasures, like the rock labyrinth, Mile Rock Lighthouse, and abandoned Octagon House; and 3) It’s an urban hike, which means you get to bask in SF’s natural beauty and get in a “workout” at the same time. While you’re there, check out Sutro Baths, the ruins of an enormous ocean-filled swimming facility destroyed by a fire in 1966 and the USS San Francisco Memorial.

Take a walk to Fort Point: Head to Crissy Field and walk along the promenade by the water until you get to this fort built for the Civil War that overlooks the Golden Gate. It’s a great place to take pics of the bridge, watch surfers narrowly miss jagged rocks and, though you can’t go inside right now, take in a little piece of history while you’re at it. Don’t forget to high-five or high-10 Hoppers Hands when you get there (just make sure you use hand sanitizer before and after). You’ll probably have earned it even more than usual since most of the parking lots in the area are closed, which means it’s much easier to arrive on foot.

Hang out in Dolores Park: While the cynical side of us may have some issues (13 to be exact) with Dolores Park, there’s no denying that this park is beloved for a reason. Abundant sunshine (yes, in San Francisco), fantastic people watching, gorgeous city views, towering palm trees, off-leash areas for dogs to play — and though alcohol technically isn’t allowed, all of those things add up to make it the perfect place to enjoy that aforementioned burrito and a cold beer or three from Woods Cervecería (some rules, like no alcohol in the park) are just meant to be — and are almost always — overlooked.

Walk across the Golden Gate Bridge: This is one of those touristy things to do that’s totally worth it because, well, it’s the Golden Gate Bridge — the most photographed bridge in the world and one that was both the longest and tallest suspension bridge in the world when it opened in 1937. What better time to see it than when there’s about a third of the usual traffic? Once you’re on the other side, walk down to Sausalito and get some takeout pizza from Bar Bocce to enjoy by the water before taking the ferry back to SF.

Hike to two of the four Andy Goldsworthy installations in the Presidio: Artist Andy Goldsworthy is known for creating sculptures that use natural materials and capture the essence of the place where they were made. The Presidio has four of his installations, the most of any place in North America, and though you can’t see them all right now (two of them are inside buildings near the Main Post that are temporarily closed), you can see Spire, made with 37 Monterey cypress trunks that tower 100 feet into the sky and Wood Line, a literal winding wood line made with eucalyptus branches that will one day return to the earth, which are only a short one mile walk apart from each other. 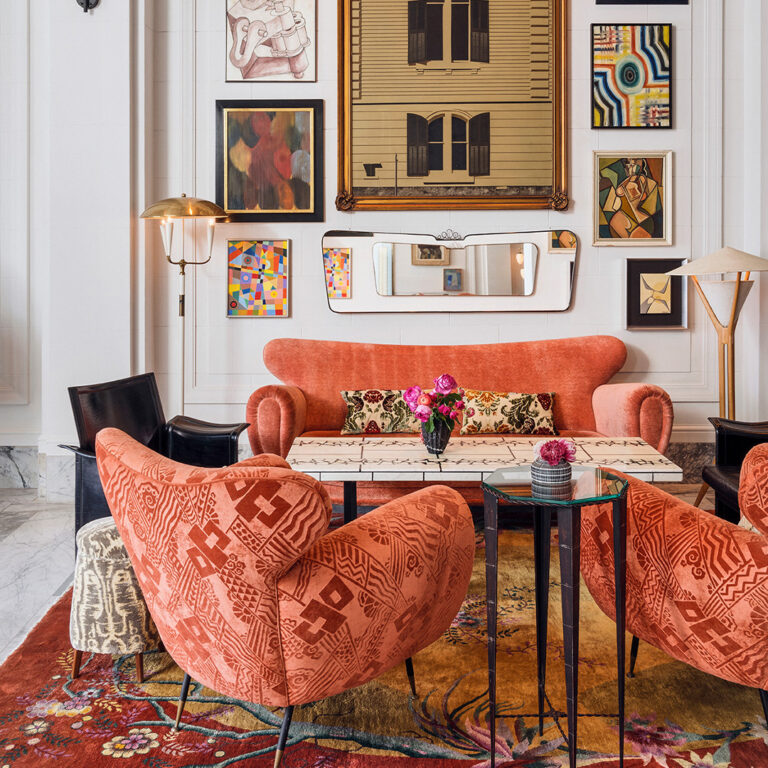 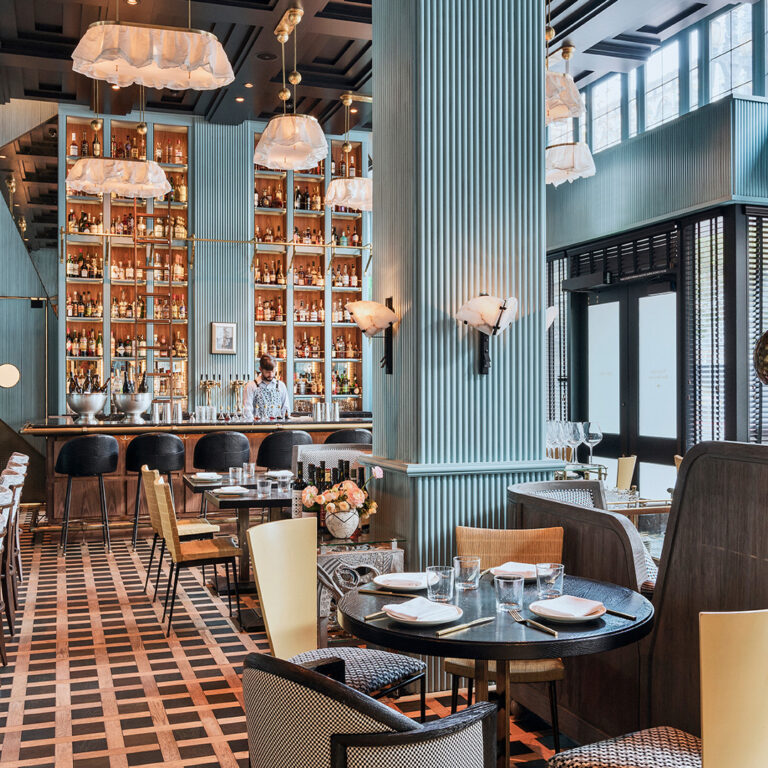 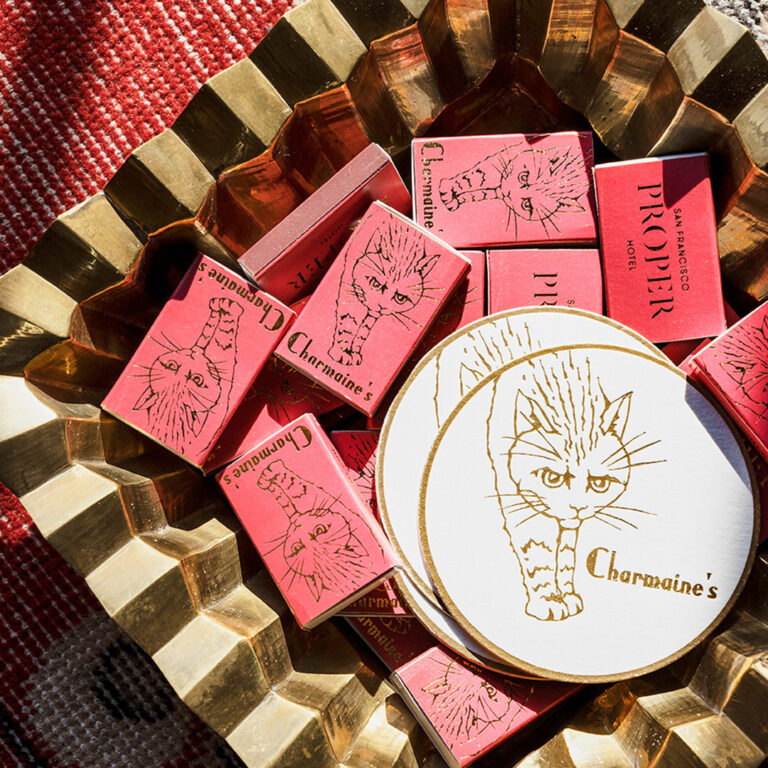 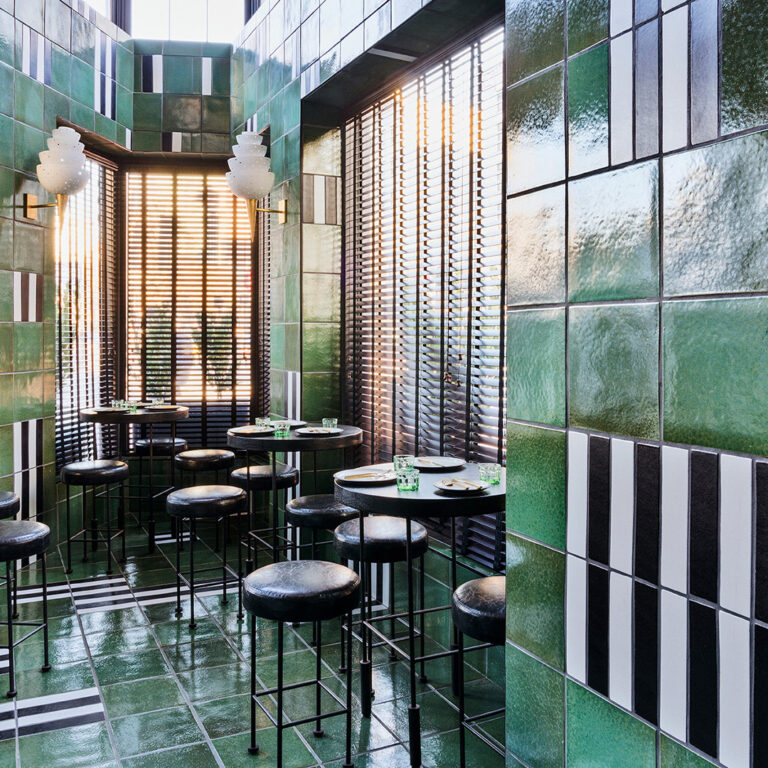